Legal Cannabis: What It Means For Your Insurability

Author: The Link Between

Cannabis or ‘marijuana’ is a chemical compound that is used for both medicinal and recreational purposes. It has both analgesic and euphoric properties and when prescribed by a physician it is known as ‘medical marijuana’. Physicians can legally prescribe marijuana for treatment of chronic pain that is associated with a wide variety of medical conditions. That being said, marijuana is also used for recreational purposes. In this setting it produces a ‘high’ or an altered perception of reality that is, in many respects, similar to the effect of alcohol.

What Does Legalization Mean for You?

With the recent legalization of recreational marijuana across Canada on October 17th, 2018, the insurance industry has moved toward accepting recreational users on a larger scale and, more recently, on a non-smoker rate basis. Since there has been evidence that moderate recreational use of marijuana does not harm the health of consumers, its use does not affect longevity (a factor that all insurance companies consider when assessing risk).

Although medicinal marijuana has been legal in Canada since the year 2000, recreational cannabis has had a strong stigma attached to it since it became illegal in 1923 under the Act to Prohibit the Improper Use of Opium and other Drugs. Now that it has been legalized, it is important to know what this means for you as a prospective insurance client. As previously mentioned, if you use recreational marijuana, you may be offered non-smoker rates on your insurance premiums. For example, most insurance companies will want to make sure that you have not consumed tobacco or smoked e-cigarettes within the last 12 months before offering you this rate. To ensure this, you may be required to fill out questionnaires and undergo various testing, such as the nicotine metabolite screening test. That being said, consumers above the age of eighteen (or nineteen in select provinces) interested in consuming cannabis intermittently can, in many instances, do so without any added risk to their insurance policy. Although using marijuana (even smoking a tobacco-free joint) a couple times a week is low risk from an insurance standpoint, using it heavily can lead to being denied coverage by your insurance provider.

If you are over the legal age and have a declared history of marijuana use, you may be required to provide the following information to your insurer for underwriting purposes:

This information will help the insurance company determine the risk of insuring you based on your past and current use of marijuana. 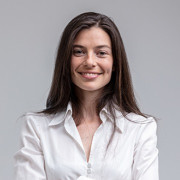